Skip to content
Out of the box: Principals are more efficient, effective without their offices.

Out of the box: Principals are more efficient, effective without their offices.

It’s the place pop culture has enveloped in the stigma of discipline, where punishment is doled out, just and unjust. The place the leader of the school retreats to and rules from with an iron fist.

But not every principal is like Mr. Rooney in “Ferris Beuller’s Day Off”.

In the Kent School District a group of principals are bucking the institutional trend and cleaning out their offices, converting them to conference rooms and leaving the traditional idea of what a principal should be behind.

Among them are the principals at Kentlake, Kent-Meridian, Meeker Middle School, and Kent Elementary.

Packing up and moving out is the idea encouraged by Malachi Pancoast, the founder and president of The Breakthrough Coach. Basically the idea is this: increasing time spent in classrooms equals better teacher coaching and feedback, which equals higher student achievement. It also translates into decreased working hours for often over-scheduled administrators.

For the principals at Kentlake and Kent-Meridian, it’s changing the environment and the culture at the schools.

If you’re looking for the principal of Kent-Meridian High School, it might take some time.

Step into Wade Barringer’s office and you will find his trusty secretary, Kathi Reichert, answering phones and scheduling meetings.

Peer into the conference room across the hall and you might find Barringer typing away on his laptop.

But glance into one of K-M’s 61 classrooms, you likely will spot Barringer sitting in the back row, listening, watching and interacting with students.

Barringer prefers to be out of the box these days – often seen, frequently heard and ready to engage staff and students. As of November, Barringer and Reichert have been following the Malachi Method, a business model that allows professionals to be more efficient and present by giving up office space. “It’s not rocket science,” Reichert said. “The less distractions you have, the more intentional you’ll be at your job.”

Barringer, who heard of the new model from a colleague, brought Reichert to a two-day seminar last fall where the speaker emphasized better scheduling of time, focusing on specific job duties and ditching the “big office.” “He used a sports manager or coach as an example,” Barringer said. “So like Pete Carroll of the Seahawks, where does he coach the team from? Does he coach them from his office ’cause he has an office or does he coach from the field? And using the field analogy for the classroom where the work gets done, where the plays happen, where the adjustments and impact happens — it just kind of resonated with me.”

So last summer, Barringer and Reichert got busy “purging” old files, packing up family pictures and relocating Barringer’s book collection to the staff lounge where it’s now a resource library. “We threw away three recycle bins full of stuff,” Reichert said. The next step was to move Reichert into Barringer’s office. Her old office had a window and door that faced the hallway. But with her new job duties, Reichert needed a space away from outside distractions. Now in her new office, she’s able to keep herself and Barringer on task.

“I call her my boss,” Barringer said. “She just tells me what to do, where I’m supposed to be (and) what I should be doing.” Reichert screens all of Barringer’s phone calls and schedules his calendar to the minute of every day. In the mornings, they meet for 20 minutes to go over the day’s schedule and to sign papers – all this extra work on top of her normal duties. “I (don’t) ever feel stressed out,” Reichert said. But the changes were made so that Barringer can “coach from the field” instead of getting caught up in all the “administrivia” or “the frustrating, administrative responsibilities that tax leaders every single day,” he said.

For a few hours on any given day, Barringer shuts down his laptop that sits in the conference room, picks up his iPad and walks around the school. He’ll then pop into any classroom he chooses, sit in the back and observe.

Depending on the class, Barringer might walk around during independent work time and ask the students questions or stand next to a student who should be paying more attention.

“When we started this in November, we saw an increase in teachers stepping up their game (and) we saw a decrease in discipline,” Barringer said. “(Kids) have a tendency to be a little bit more behaved when the suit walks in the room and sits in back.”

For teachers and staff, this new model allows them to speak with the principal during passing periods or right after class instead of having to make an appointment with him in his office. Most were enthusiastic about the changes, yet some are still getting used to Barringer working without a private space. Luckily, he’s the principal and can find a quiet spot if need be.

The change has been good for Reichert and Barringer when it comes to reducing time spent after school. Now that all of his time is tightly scheduled and work carefully itemized, Barringer is able to head home around 4 p.m. most days to spend time with his family. The extra time also allowed Barringer and Reichert to start a new project they call their “contract kids.” They track a group of students with attendance issues, failing grades and poor behavior in an effort to prevent them from falling through the cracks. Every couple of weeks, these students meet one-on-one with Barringer to check their progress.

The switch to the new model is something Barringer hopes will continue at K-M long past his time there. But the changes he’s made have breathed new life into his six-year stint as principal. “It’s brought me back to my roots and beliefs about how and why I’m here,” he said. “I wouldn’t have a job if we didn’t have kids and teachers, so it’s important I’m out and about living what they’re living every day.”

A simple question about a hat, “Is that military?,” opened the door to a conversation between Kentlake Principal Joe Potts and a student in a math class. Within a minute Potts was engaged with all the students in the table group, asking them about the material and helping them through a math problem.

“I didn’t know that boy before we went in,” Potts said in the hallway a few minutes later. “Now I know his name. I know he goes duck hunting with his dad, and the next time I see him in the hallway I can talk to him about that.”

“Ask three people, you’ll get three different answers,” Potts said of how he thinks he is seen within the school.

However, to see him walking down the hallways during a passing time it’s clear that he is respected and liked by many, if not most, students. Greetings, hand shakes and quick conversations are plentiful. He knows students’ names and he makes the time for them, pausing to ask or answer a question in the hall.

While he makes an effort to get to know the students in his charge, he also is not afraid to call students out on dress code violations, being late to class and confiscates a rogue pair of headphones.

Potts first heard about the Breakthrough Coach philosophy from Jeffrey Pelzel, the principal at Meeker Middle School, who moved out of his office five years ago. Potts had also heard about the Kent Elementary principal doing the same thing.

It was through many conversations with the other principals and their secretaries that Potts and his secretary, Marie Wienker, decided to sign up for the conference this year.

“Secretaries are vital to this model — they’re the keys to the effective operation of the school, the day-to-day operation,” Potts said.

Under the new model everything for the principal goes through the head secretary. Wienker has taken charge of managing Potts’ calendar, answering his phone and organizing all the administrative paperwork. The goal is to have two to three days each week designated as coaching days then deal with all of the paperwork, phone calls and emails the other days.

“It’s maximizing the efficiency of the office side and the potential of the teaching side,” Potts said. “Right now (it’s) mainly my observing, taking notes and talking to teachers and being present.”

Ultimately, Potts said, the goal of the program is to help administrators be more efficient and effective leaders, coaches and teachers.

“The term itself (principal) was based in being the lead teacher…principal teacher is the most powerful model,” Potts said.

So far the response has been mostly positive at Kentlake. Teachers are getting used to seeing Potts out and in the classrooms more.

“Initially teachers kind of wonder why you’re there. And we started mid-course …there’s still a little wondering why you’re there,” Potts said. “It’s to implement these strategies and support teachers. That’s the goal.”

“Validating the teacher is so powerful,” Potts said. “Even excellent teachers need support.”

“I’ve interacted with more kids in two hours, in this approach, then I used to in weeks,” Potts said as we walked between classrooms. “That makes a statement.” 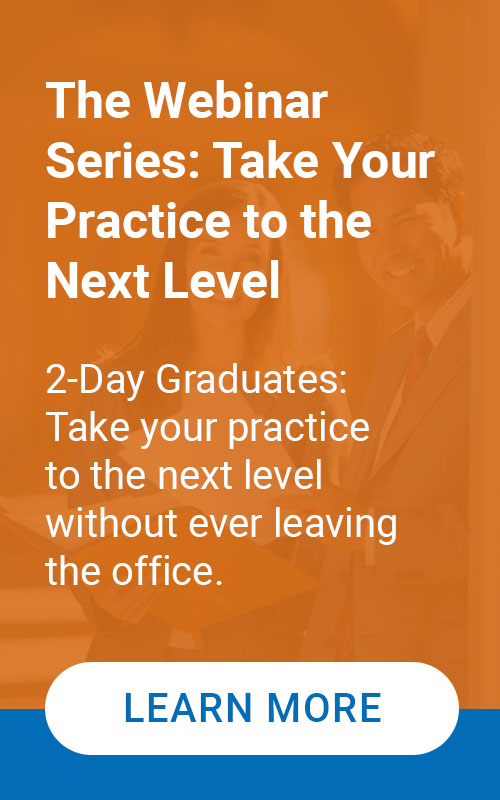